Unless you happen to be a middle child, life starts out pretty grand.  You’re showered with attention, kisses and a constant flux of fingers to deathgrip.  Not so for a Massively Multiplayer Online Game.  Life is hard for an MMOG.  Not just its formative years, but its entire life.  In its adolescence an MMOG is shunned.  Its creator doesn’t even acknowledge its existence or speak of its potential.  Talk about neglect. The nicest thing a developer will do for its creation during these pre-pubescent years is claim it as its own with an official announcement.  No “cousins” here.

Once a game is officially recognized, it can rest easy for awhile.  It’ll have its time in the spotlight.  Impressive concept art will be displayed, features will be discussed.  One developer after another will gush over its potential or describe its genre-changing mechanics until blue in the face.  Then some new kid gets transferred to middle school and the wave of popularity goes into a tailspin.

The initial impression has worn off, so the powers at be decide to let the public have a taste.  Could the formative teenage years of an MMOG be any worse?  Thousands of people will be inside it, many of whom have no intention of helping repair those pimply flaws.  They are just experimenting in the universe at best, enjoying a “free” game.  At worst, they hope to find those awkward moments so they can display the irregularities to the world. Exposing the game for what it truly is, a title in development.

Then comes adulthood, or as some call it, Judgment Day.  The MMOG is launched, giving the full monty to all the world.  Quests, end game, PvP, PvE, soloing, grouping, bugs, balancing issues.  It is all out there for a snap judgment to be made.  “Fail” is often thrown around with reckless abandon.  Lag when thousands sign on at once? Fail. Didn’t sell enough copies to cause lag? Fail.  Lost a healthy portion of your early adopters? Fail. Unable to reach some arbitrary number of subscribers in x months? Fail.

This is a perhaps the oddest time in the life of an MMOG.  In the eyes of the public, the people who are going to wine-and-dine or bitch-and-moan, the game is if not a new born, then at least reborn.  Yet to the game and its creator, it is truly an adult.  Something to point at and be proud of.  To gladly proclaim that “I am my own entity, for better or for worse.”  Despite the opening of champagne an MMOG is quickly put into a class.  It has either been successful, fail or epic fail.  Successful titles are ones with growing or at least stable and healthy subscriber numbers – World of Warcraft, Eve Online, City of Heroes.

Fail titles generally did not hit a hoped-for highwater mark, but remain profitable and with a solid return-on-investment – Warhammer Online, Age of Conan.  Obviously, the “fail” label is often misplaced, as Craig Morrison, the game director for AoC, stated last week, “Whether any title that displays a numbers trend similar to another can be deemed a success or a failure depends entirely on the budget, ambition and infrastructure of the project.”  Successful and “fail” titles will stay online for years, expanding content through paid-for expansions or free content patches. 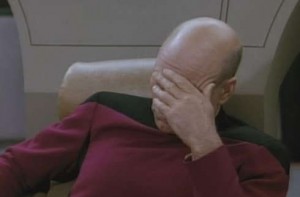 It’s the third type, the “epic fail” of the bunch – Vanguard, PlanetSide, The Matrix Online – that confound the MMOG player and the product itself.  The MMOG knows its time may be limited when its barren inside, echoes of swords or lasers reverberating through desolate landscapes for millions of polygons.  Yet, somehow, these MMOGs that are on their last legs – let’s call them “elderly” – do not all die off.  Oftentimes, they are put in MMOG convalescent homes.  A place for elderly MMOGs to congregate, talk of what to do, what not to do and still display the fruits of labor.  These convalescent homes are not companies that put millions of dollars and years of sweat in to the creation of the shamed MMOG.  They are step-fathers entering the picture after the hard work has been done.  Hoping that with the right tutelage, the MMOG can ascend to “fail.”  The dejected creator is paid a fraction of the sum of creation, writing the rest of the fledgling MMOG off as a business loss.  Although awkward in passing, both parties see the transaction as a win.

And that’s the life of an MMOG.  A few years of non-disclosed existence, the odd phase of announcement and wooing, the tumultuous testing phases to the reckoning of Judgment Day.  So long as an MMOG makes it to a convalescent home, or better, it’ll ride the rest of its days out with relative ease.  It’s a rough life, one with more downs than ups, but for those that make it, life is…well, it generally still sucks, but at least they managed to live one.  The world, virtual or real, is not an easy place.